Screen shot from the final game.

Another screen shot from the final game.

A few of the many art assets I did in this game. These are the spirit silhouettes released from the crystals (crystals of course on bottom). I created much more including the stone wall textures, level select screen, menu buttons, light box, and more.

Prism Break can be downloaded for free here:
http://globalgamejam.org/2017/games/prism-break-0
This is the game I did art for for the 2017 Global Game Jam which took place January 20 - 22, 2017. We had 48 hours to create a game based around the theme "waves". The art assets are mostly static 2D objects, but I also did a small animation of morphing polygons for the light beams.
Our game, Prism Break, is a puzzle game involving the manipulation of light beams to light up crystals with added difficulty as prisms and colored crystals are introduced. I did most of the art assets for the game using Clip Studio Paint. 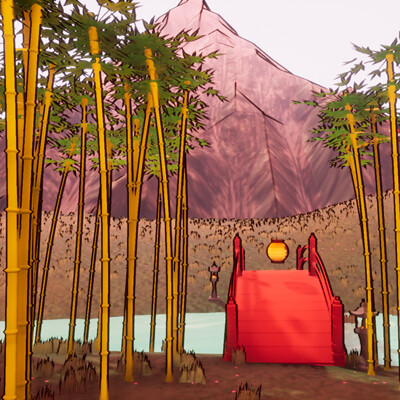